Since then I've also got into online racing with iRacing. Here are the most important things that I've found myself learning during this journey.

Sticking with things that aren't going well has been difficult for me. I long ago lost count of the number of projects I abandoned, skills I determined that I was never going to get good at (far too quickly), and thorny problems that I never made myself tackle with sufficient cussedness to overcome. To list a few, I  gave up on juggling after failing to juggle three balls perfectly after a week when I was in my early teens, I could not get past the planning stage of long writing projects (or ambitious campaign plans for roleplaying games) until my mid twenties because I felt I didn't have the knack for it, and the majority of the many times I declared that I was going to stick with painting until I actually mastered it this time I did not in fact stick with it. If something wasn't immediately easy for me (and many things were, which I'm sure was quite frustrating to watch from the outside), I gave up on it in short order.

I made a lot of progress on that in the last decade, largely due to committing to and finishing my webcomic and writing my first novel, but still I very nearly baled out of racing on several occasions. You see, I wasn't fast right away. I was, in the beginning -- as is the case for most -- slow. Not just "slow compared to my brother, who is seriously fast" slow but "more than a second off the pace at an indoor kart track" slow.

And yet, despite how miserably slow I was to begin with, I had fun, and I saw some slight improvements quickly. That was enough to keep me going, to keep pouring over the corners and figuring out where my line wasn't working, to fix my braking technique, and to learn to race for position. I'm glad that I didn't throw in the towel after the first couple of awful races. I got better, much better. I'm one of the fastest people at my local indoor kart track now (as of writing I hold the record on one of the four track configurations and am towards the fastest on the other three), and I won my first championship last season. There's still progress to be made in iRacing, where I need to adjust to new cars and learn new tracks, and I'm sure there will be some adjustment once I get on an outdoor track with my own kart some day -- but I'm now confident that if I put in the work I'll improve.

I am a notoriously bad loser. I can't even say "I was", because it takes time to shake that reputation. As a child and embarrassingly far into adulthood I was the sort of person who people were reluctant to play competitive board games with. I used to hit my fists against my keyboard when I lost strategy games or shooters on the computer, and I came closer than I'd like to admit to actually literally flipping game boards and tables. It was bad. So losing at racing, something that was increasingly important to me and seriously competitive, should have been the worst thing... right?

Wrong! It turns out that actually competing was what I needed. Sure, I don't like losing a race (who does?), and that first season where I didn't understand how to race for position and would get shuffled down the order inevitably after qualifying well was bruising... but during that first season in my karting league something clicked. I was fast, I knew I was fast, and I could compete. The things I wasn't good at I could improve (see above).

I no longer care as much about losing at board games, or in competitive online play. I still prefer to win (who doesn't?) but I can still enjoy the game if I don't. I pick personal goals to focus on and have had much greater success in not letting it get to me if I lose. I think there are two main reasons for this.

One, with a genuinely competitive outlet I feel less like the rest of life is a competition. Winning a race or a season matters; winning a board game or a quick online match is just a plus. And I can to a large degree control my probability of winning a race, because (mechanical woes aside) it's mostly a question of skill. This makes the distinction between skill-based and luck-based games more obvious, and many of the games that frustrate me the most have a large component of luck.

Two, I've had to finally learn to control my feelings when I don't do well. I was trying for most of my life, and had made improvements, but suddenly it became urgent: I had to get being such a sore loser under control. It's one thing to have an embarrassing outburst losing around family or close friends, it's quite another with lots of other people watching, and I was determined not to be a poor sportsperson. I can use those same lessons when losing at anything else.

Yeah, I was still upset when I put a wheel on the grass and crashed two laps into my first stint during a three-hour online endurance race that my team had been leading from pole... that's upsetting! But I was able to get it together and finish the race. I doubt I would have been able to do that three years ago.

3: Life happens, and it's never too late

I've accepted that I'll never be quite as quick as I could have been in an alternate universe for two reasons: I started racing very late (the first time I even set foot in a rental kart was at 25, and the first time I was able to do more than a handful of practice sessions a year I was 30), and I'd already shattered my lower left leg and ankle years before getting in a kart. That's the braking foot. I never had the screws holding the rod into my tibia and putting my ankle back together out; they've never bothered me. I'm able to do everything that I used to do, although some fencing lunges can be clumsy or painful, and it's impossible to say how much the injury has actually impacted my racing. But I hold my left foot back quite as far as I can the right, nor do I have as much feeling in the ankle, so it has to be a factor.

But all of that happened. I never had the opportunity or realization that I could try racing until I was 25 (partly due to my own mental idiosyncrasies -- my brother figured out online racing when he was a teenager), and I did shatter my left leg in a boneheaded biking accident when I was 22. If I could go back in time I'd change both of those things -- and possibly a lot more -- but I can't. What's done is done, and all I can do now is make the best of it.

This also applies to art and writing and most other things in life. I would be better at both if I'd only applied myself in my teens, rather than starting to get serious about it only when I was already in college. But I didn't do that, so there's no sense chastising my past self for it. Looking forward is for the best. 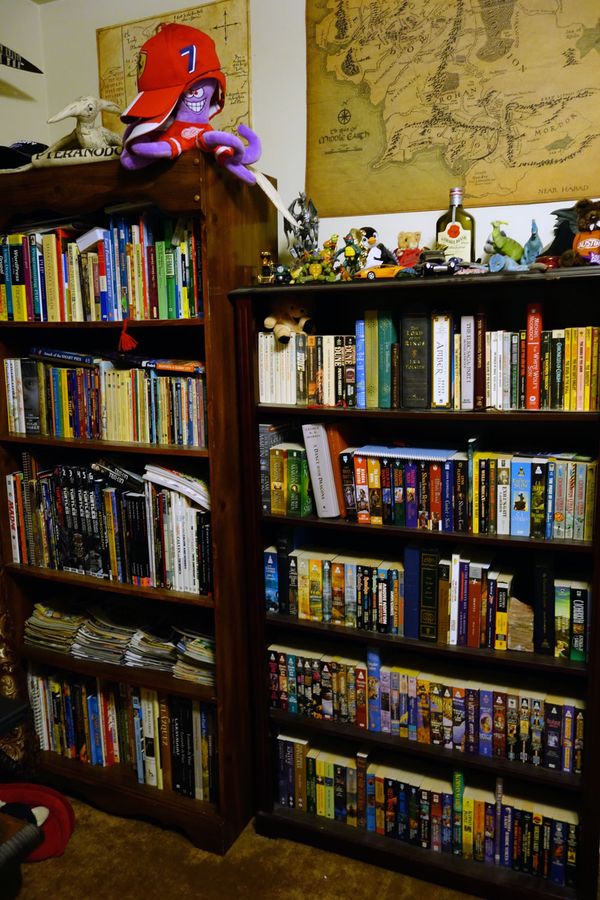 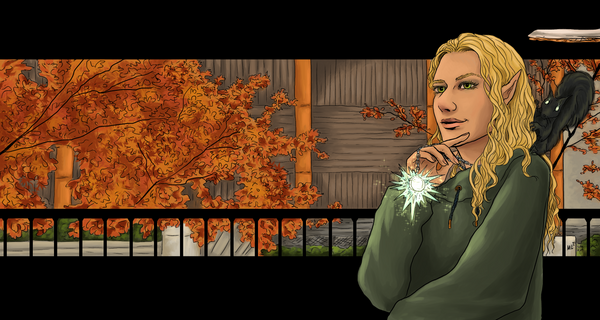